First, neither Russia nor Ukraine represents a significant amount of the world’s economic output. In fact, they account for only 1.5% of the world’s total GDP (total amount of goods and services produced). However, Russia is the second largest oil exporter in the world and the largest natural gas exporter. In response to Russia’s invasion, many countries have put sanctions on Russia including Germany, halting approval of their Nord Stream 2 pipeline that would allow for more gas to flow from Russia to other parts of Europe. Concerns over additional sanctions, which would likely further reduce the supply of oil/gas, have caused prices to run up. As the price of oil increases, the amount of oil rigs is also expected to increase which should cause prices to moderate over time. 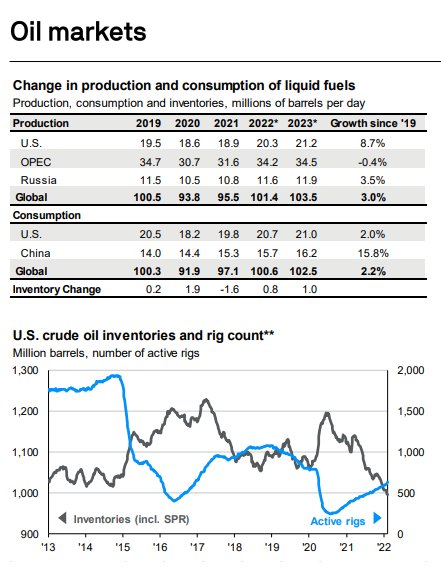 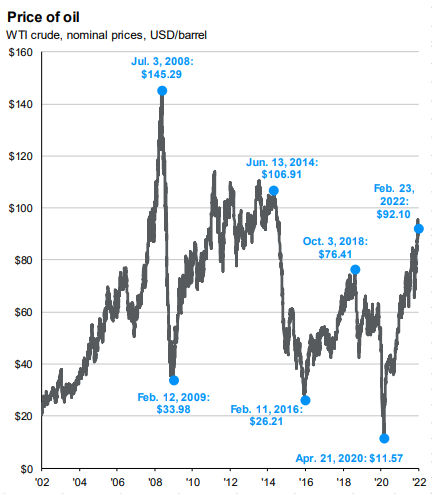 Rising oil and gas prices leads to higher input costs for most companies which means less profit for shareholders. Less profit means lower share prices so we are seeing the stock market adjust for those higher costs. In addition, the more we all pay for oil reduces the amount we can use to consume other products and services which leads to lower growth in the economy.
The biggest unknown is how this situation will unfold. If it is limited to Russia and Ukraine, we don’t expect the economic damage to be dramatic and long lasting for U.S. investors. However, we don’t know how other countries will react and what their involvement will mean.
We do expect to see a high amount of fluctuation in stock prices as investors try and digest news as it comes out. So far, we have seen bonds and gold hold up well which is what we would expect in this environment. Stocks will be volatile until we get a clear picture of where we are headed. We have seen situations like this before. Most of the time they are short term in nature, but there is the potential that markets could remain unstable for a while. The chart below summarizes the size of market declines from recent geopolitical events. On average, the S&P 500 is down 6.5% and the duration of down markets is 137 days. 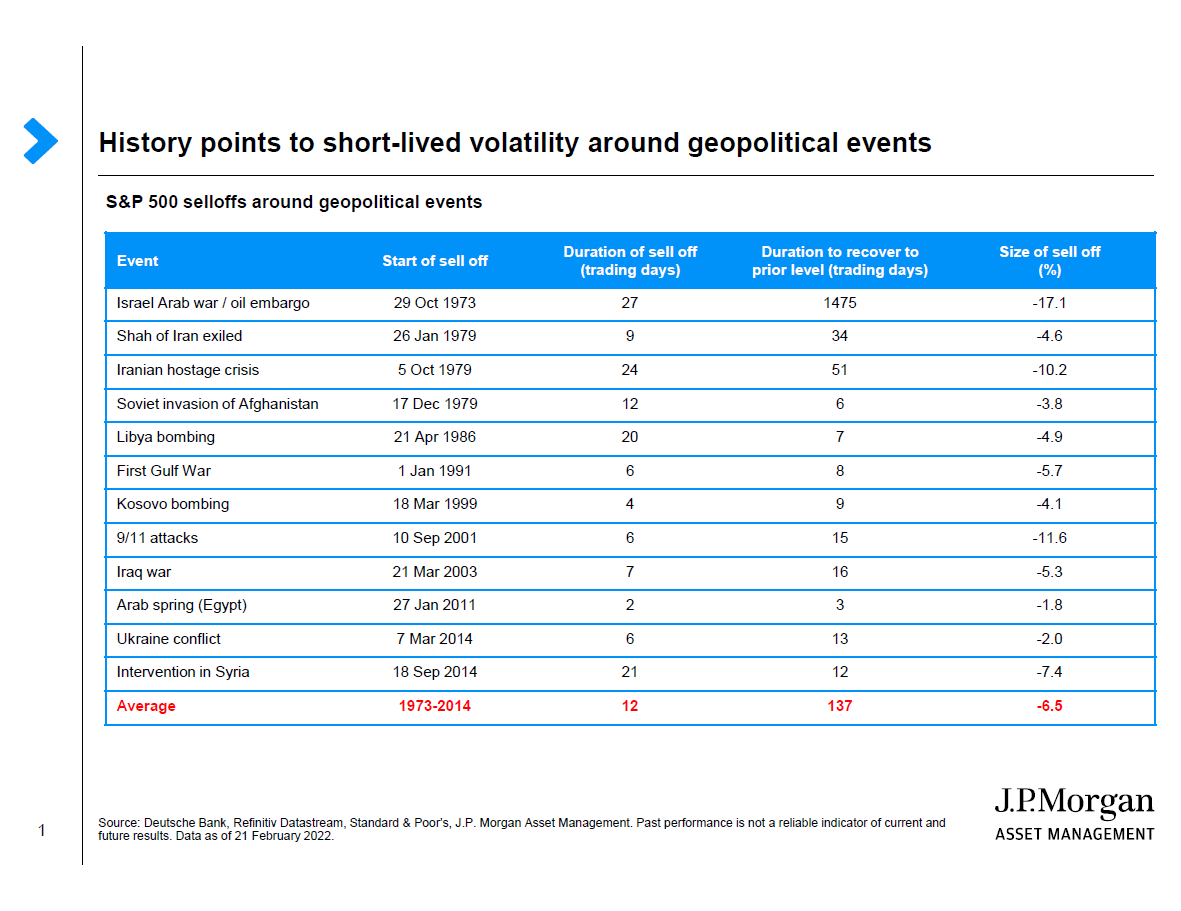 Recently, it has been popular to "buy the dip" when asset prices fall as they have recovered fairly quickly given the high amount of cash on the sidelines. This time, patience may pay off as we are dealing with various issues all at once (end of the pandemic, Fed raising interest rates to battle inflation, and now war).
If you’d like to discuss your personal investments please don’t hesitate to reach out.